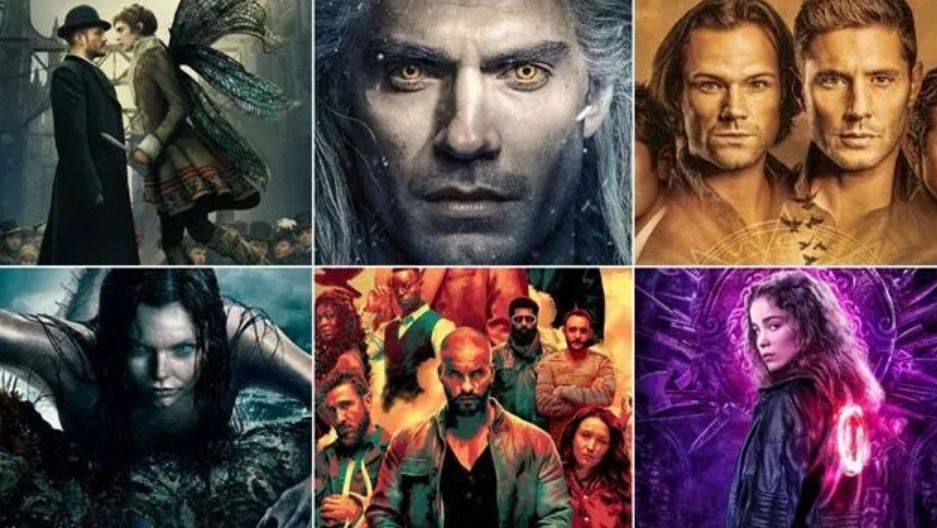 Craving magic, myths, and adventure? A good fantasy series can act as the perfect escape, broadening your horizons and allowing you to get lost in a new, enchanting world. Sometimes, you need to fight a few monsters, cast some spells, and uncover some secrets. Luckily, Netflix has a large library of shows that include all that and more. Let’s dive in to some of the most highly-recommended shows to watch in 2022 and beyond. 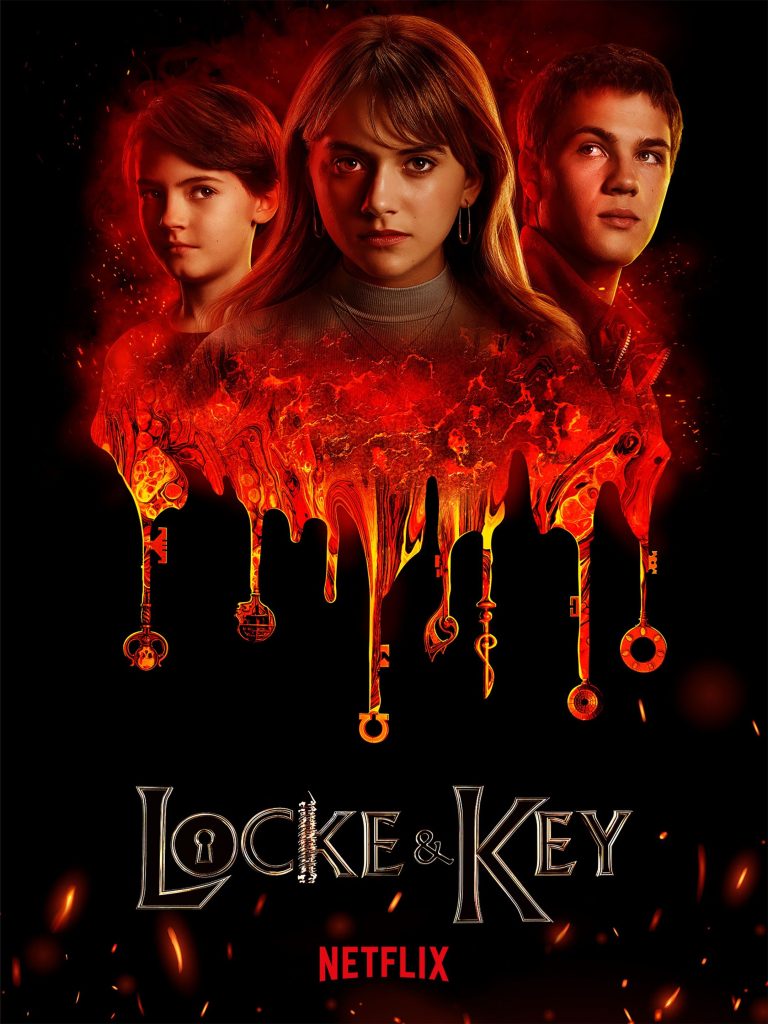 The long-anticipated Locke & Key series follows the Locke family — Nina (Darby Stanchfield) and her children Tyler (Connor Jessup), Kinsey (Emilia Jones), and Bode (Jackson Robert Scott) — as they move to the little town of Matheson following the murder of the Locke patriarch, Rendell. The ancestral home distracts the children before they start uncovering secret keys with magical properties. The keys unlock more than just magic, though, as an old forgotten evil arrives to torment the family and those they care about.

Locke & Key is a gripping show that balances its youthful protagonists with mysteries and shocking twists. The show manages to keep readers of the graphic novels engaged while welcoming new viewers as well. The production design is outstanding and leans heavily into the source material. The combination of genres means this show appeals to a wide audience. 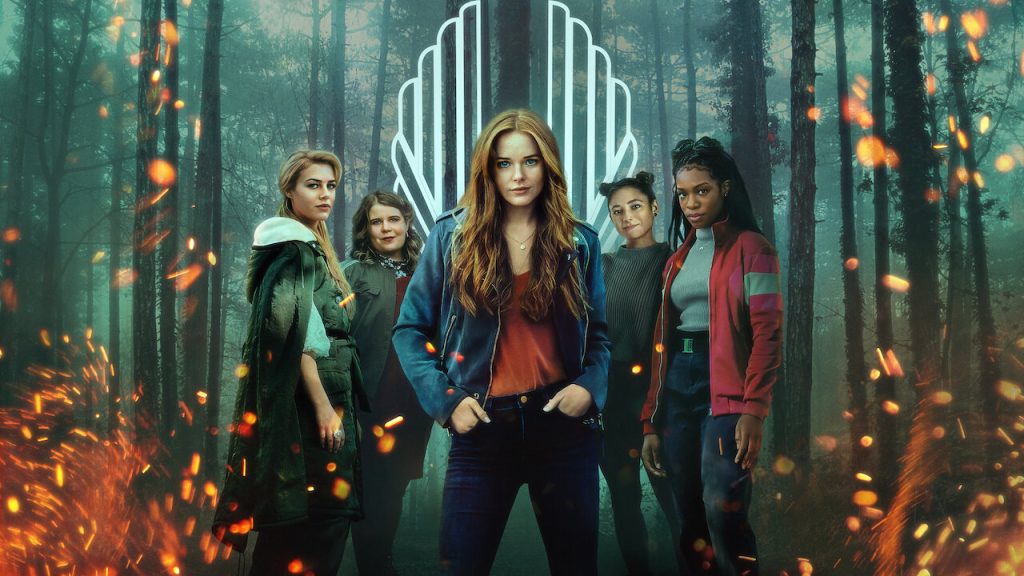 Based on the animated Winx Club series, Netflix’s live-action Fate: The Winx Saga follows newly-discovered fairy Bloom (Abigail Cowen) as she begins her magical schooling at Alfea — a college for fairies and specialists alike. But with Bloom’s reappearance comes the reappearance of old foes, the Burned Ones. As Bloom and her friends grow closer and experience the joys and pains of being a teenager, the threat of the Burned Ones and other dark forces grows. This live-action take on this incredible magical world has no shortage of magic, drama, and beautiful relationships to explore. It’s also been compared to The CW’s Riverdale, partially because it will have you hooked from the end of the first episode. 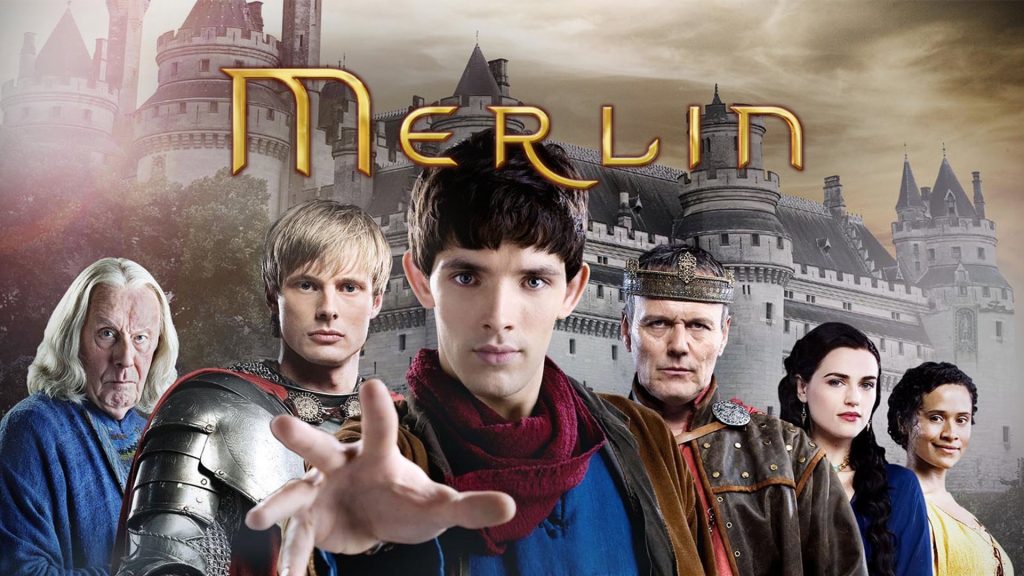 Merlin is a different take on Arthurian lore, as the series follows the titular character, played by Colin Morgan, a young wizard just learning his powers as he arrives in Camelot to live with the court physician (Richard Wilson). Though the series adapts many of the famous tales of King Arthur, the primary focus is on Merlin and his relationship with Arthur (Bradley James), whom he is sworn to protect; though as Arthur’s manservant, it starts contentious, there is mutual respect and care that grows between the two men who are two sides of the same coin.

Merlin offers very pointed commentary on prejudice through Uther Pendragon (Anthony Head) and his hatred of magic and anyone who wields it. This eventually puts him at odds with his ward Morgana (Katie McGrath), Merlin’s infamous adversary, who descends down an evil path throughout the series. Though the visual effects don’t hold up as much now, its classic stories keep this fantasy series timeless. 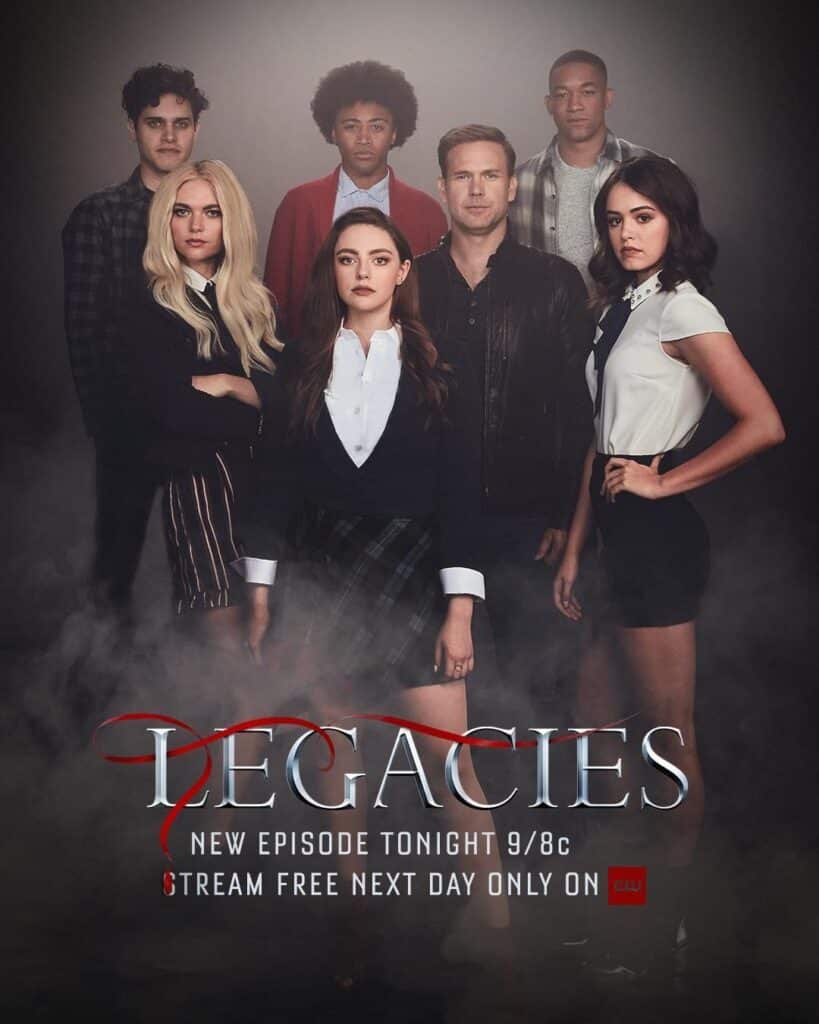 A spinoff of The Vampire Diaries and The Originals, Legacies has everything that made the other two series so popular while also carving out its own specific space and tone. The show centres around Hope Mikaelson (Danielle Rose Russell), daughter of Klaus Mikaelson and Hayley Marshall, as she attends the Salvatore School for the Young and Gifted to control her powers. There, Hope and her classmates must fight monsters, each other, and sometimes even themselves. Legacies has everything a great fantasy and coming-of-age story needs. 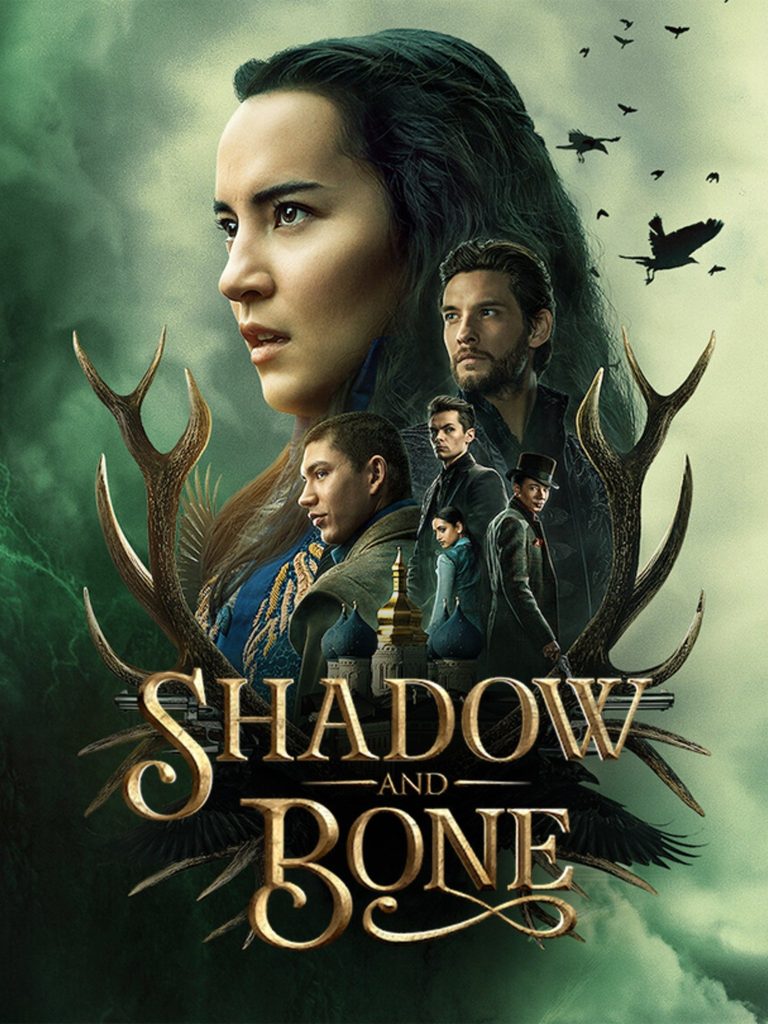 Based on the Grishaverse books by Leigh Bardugo, Shadow and Bone tells the story of a girl who discovers one day that not only does she have magical powers and is a Grisha, basically a witch, but she is one of the rarest types of Grisha: a Sun Summoner, someone who can manipulate the light. In a war-torn fantastical world, she must face a foreboding and handsome general, court politics, and even tangle with a group of foreign thieves. Eric Heisserer’s interpretation of the Grishaverse combines both of Bardugo’s early series: the Shadow and Bone trilogy and the Six of Crows duology. It blends the war epic of the former series with the heist nature of the latter to surprising success. For those looking for a new fantastical world to dive into, look no further. 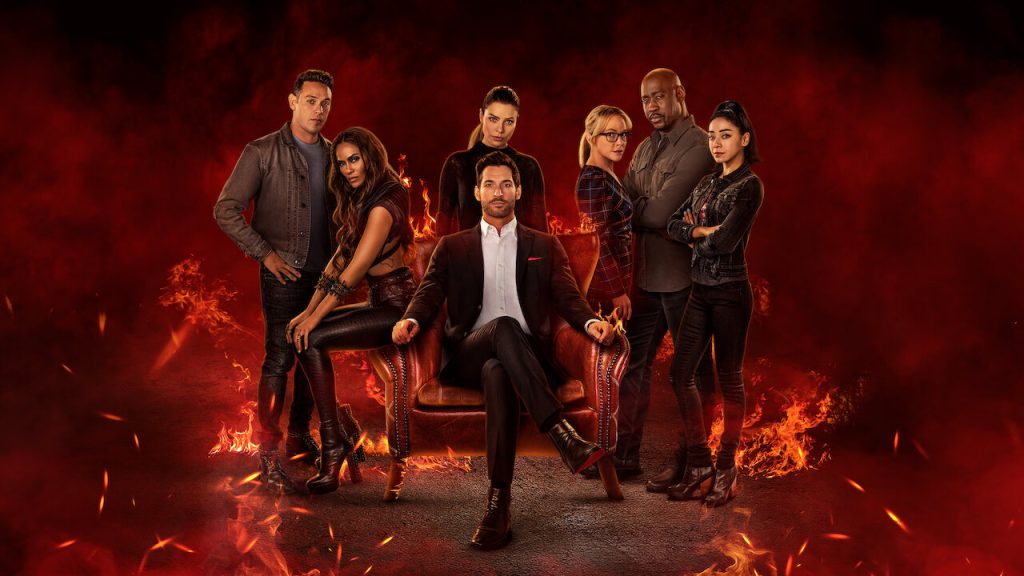 Based on the comic book series of the same name, Lucifer follows the eponymous Devil as he takes a “vacation” from Hell to run a nightclub in Los Angeles. After a friend is killed outside his club, he gets involved in the police investigation, and ends up becoming a civilian consultant with the Homicide department. The show starts out as a procedural with fantasy elements, but by the end of the six-season run, the show has introduced God; had demons come up from Hell to kidnap a baby; dealt with time-travel; and introduced many of Lucifer’s angelic siblings.

The show originally began on Fox Network, where it ran for three seasons before getting cancelled. Due to a tremendous fan outreach, Netflix picked it up for an additional three seasons. 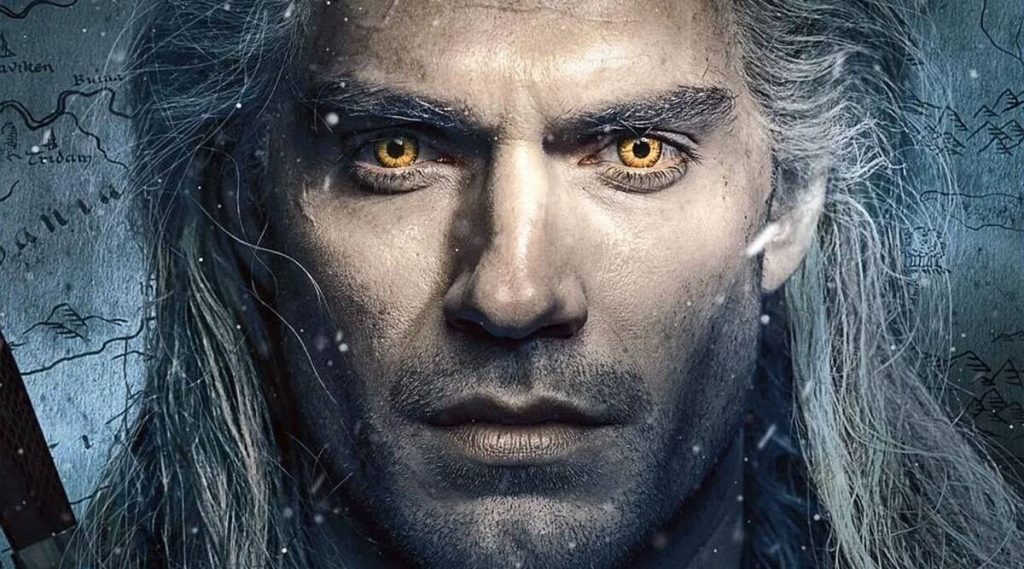 The Witcher is an absolute blast and a half. The fantasy series is indeed very fantasy—it’s more Lord of the Rings than Game of Thrones—but it also doesn’t take itself too seriously and whole-heartedly embraces all aspects of fantasy storytelling and gaming, including fun side-quests, POV battles, and even a bard who follows Henry Cavill’s titular human/creature hybrid around singing songs about his glories. The show’s first season follows three stories destined to converge: Cavill’s Witcher is a muscle-for-hire monster hunter who begins to question why so many princesses have been turning into creatures; Yennefer of Vengerberg (Anya Chalotra) is a powerful sorceress in training who struggles to keep her emotions in check; and princess Ciri (Freya Allan) is on the run after the sacking of her city, but harbours secrets of her own. Steeped in lore and world building but always engaging, The Witcher is a perfect kind of binge-viewing show. 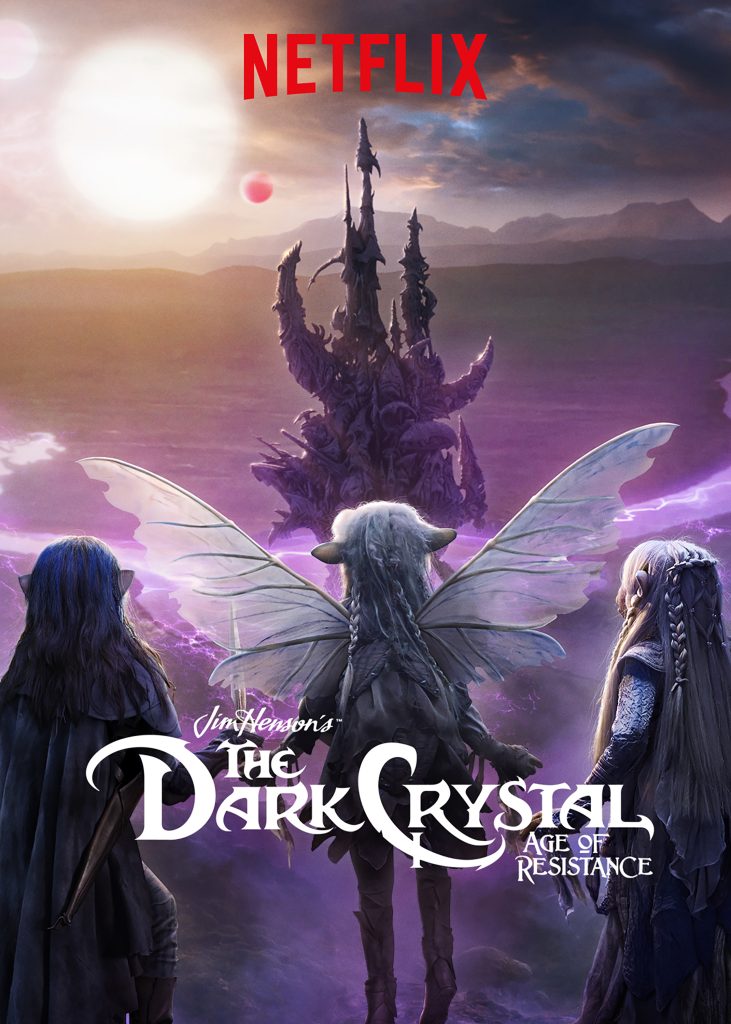 The Dark Crystal: Age of Resistance

It’s hard to overstate how amazing The Dark Crystal: Age of Resistance is. You don’t have to be super familiar with Jim Henson’s original movie that created a cult following back in 1982, but it certainly helps to understand what goes on in this prequel series. However, you could come into the Netflix show blind and still walk away with an appreciation for the solid fantasy story, the incredible production value, and the world’s top puppeteers plying their craft in one of the best suspensions of disbelief ever seen on TV.

But if you need a little plot nugget to get you going, essentially The Dark Crystal: Age of Resistance sees the elf-like Gelflings overcoming their tribal differences in order to escape from under the oppressive rule of the villainous and reptilian Skeksis. The 10 currently available episodes introduce compelling characters from all walks of life on the alien planet of Thra and have already inspired a whole new generation of The Dark Crystal fans. And this is only phase one; there’s hopefully more to come, but if you can’t get enough from the series itself, be sure to seek out the behind-the-scenes documentary, also available on Netflix. 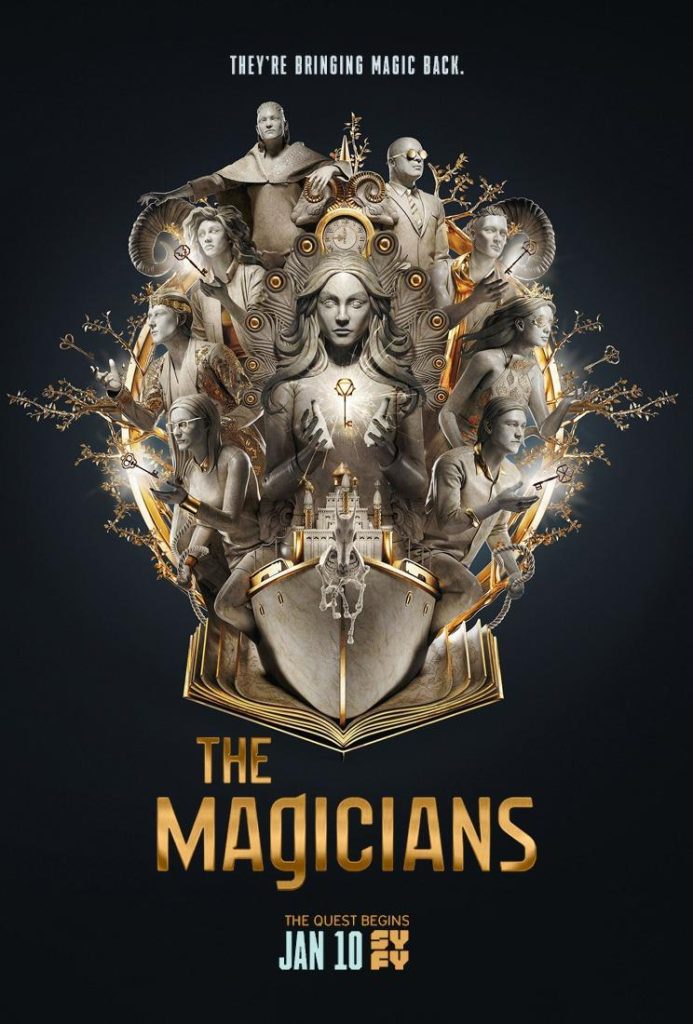 Based on the terrific book trilogy by Lev Grossman, Syfy’s The Magicians could be crudely described as an R-rated Harry Potter. Jason Ralph stars as Quentin Coldwater, a melancholic late-twentysomething who discovers that not only is magic actually real, but he’s a magicians. He goes to Brakebills, a graduate school for magicians of sorts, and soon discovers there’s an even bigger twist involved. The show, like the books, tackles issues of depression, sexual assault, and mental illness in a realistic but entertaining way. Its darkly funny sense of humour keeps things from getting too dark, and the performances are great. The show really comes into its own in Season 2, but the first season is an entertaining introduction into the messed up world of The Magicians. 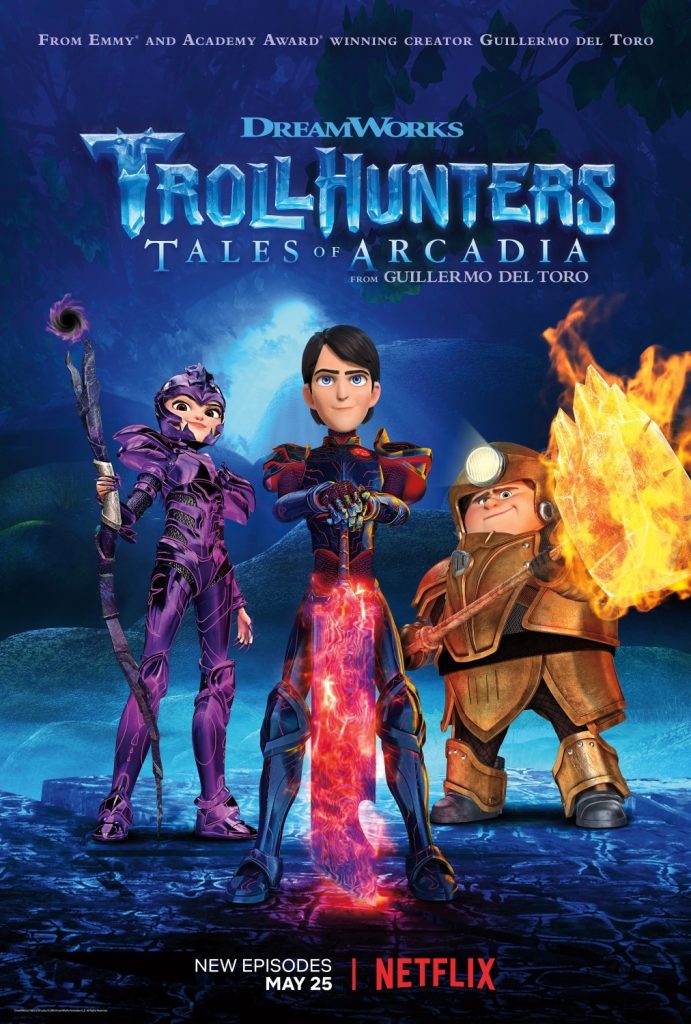 Guillermo del Toro’s original animated series Trollhunters is an absolute delight. The DreamWorks Animation production takes place in the quiet town of Arcadia, where a young boy named Jim not only stumbled upon an amulet that makes him a “Trollhunter,” but who also discovers that there’s an entire world full of trolls living in secret underground. The show combines the classic Saturday morning cartoon vibe with the serialized narrative drive of something like Breaking Bad, resulting in a series that’s as delightful as it is addicting.

Ready to set aside a few hundred hours to get caught up on some or all of these shows? Let us know in the comments you you have any recommendations we haven’t covered in this list, and we might do a part 2! 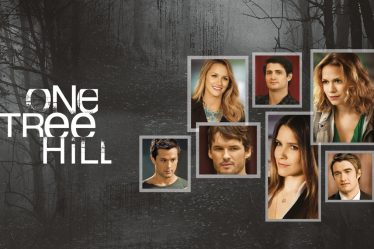 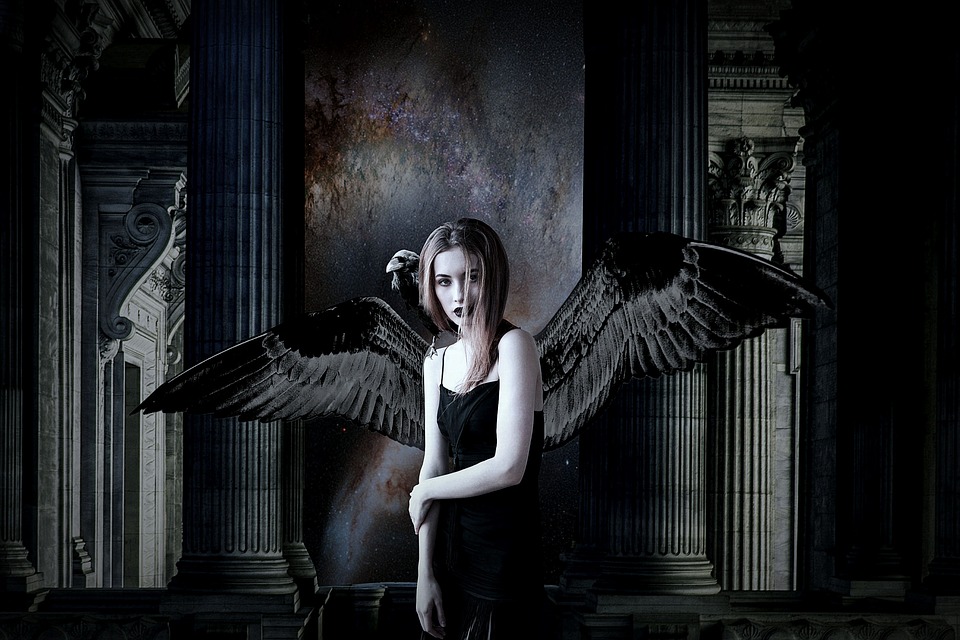 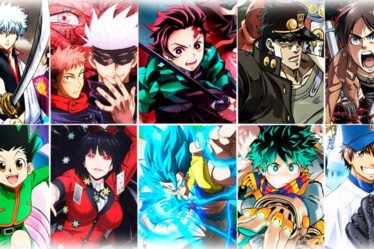