Sausage Party – The Most Wonderfully Delirious Hollywood Flick Ever (Part 1)

Here are some top reasons to watch the movie Sausage party:

They treated the conflict between Palestine and Israel brilliantly and the support that countries like the United States offer to the latter for the former. During the film, the character who represents Palestine blames the protagonist and his ‘lover’ in it (representatives of the United States and England) for being the prominent supporters of the establishment of the state of Israel (Balfour Declaration on 02/11 / 1917) in an area that some say belonged to Palestine. The Balfour Declaration was the first in which a great world power recognized the right of the Jewish people to settle in the land of Israel. At the same time, in the film, mentions are made about the similarities between Israel and Palestine in certain religious and cultural aspects and ways of life. Both characters will forget their repressed spiritual lives in the earthly life of the supermarket where practically all the action of the film takes place and give free rein to an unbridled passion which will lead them to end up being even more than friends.

Of course, both characters of marked religious character will discover ‘the truth about religion’ that the protagonist announces. They renounce to follow the religious precepts that until then guided the future of their lives. At the beginning of the film, the ‘Armenian Bread’ says on several occasions that at his death, 72 extra VIRGIN oils will await him with which he can soak each of his pores because his religion says so … story begins to put aside this religious argument. It begins to release his sexual instincts like the rest of the characters in the story.

In addition, in case enough references had not been made about the nationality of the main protagonists, in the film, it is mentioned several times that the story takes place the day before July 4, a national holiday in the United States on the occasion of the celebration of the independence of the 13 British colonies. Even the worst-intentioned critics could argue that the film criticizes the ‘exacerbated patriotism’ existing in the United States since it is reflected that the products at first and due to their profound ignorance of the ‘beyond’ could be wanting ‘ be slaughtered ‘on the 4th of July.

REASON 2: TREATMENT OF THE BORDER CONFLICT BETWEEN MEXICANS AND AMERICANS

The characters are guided by a Mexican ‘Tequila’ to a tavern full of fellow Mexican citizens about the film’s halfway point. In said Mexican tavern, they will meet ‘Burrita’ who falls in love with ‘Brenda’, lover of the film’s protagonist. After conversing at the tavern bar, the Mexican ‘Burrita’ protagonists rush out of the Mexican tavern. They are informed of the persecution of the evil ‘Ducha’, intending to kill them. They manage to get out on time without being seen, and seconds later, the evil ‘Ducha’ shows up at the tavern calling all the Mexican products present there ‘illegal’.

REASON 3: ‘THE NEED FOR RELIGION TO CALM DEATH ANXIETY’

Anyone who has read the book ‘San Manuel Bueno Mártir’ by Miguel de Unamuno will see the relationship between the novel and one of the film’s central themes. Both in the book and the movie, the figure of the ‘apparently religious’ is in charge of sweetening death to people who suffer a severe illness or the loss of a loved one. Both San Manuel and the non-perishable products in this film are in charge of instilling peace and tranquility in the spirit of those close to their death or who have lost close people around them.

Stay tuned for the next parts of this blog for more interesting reasons to watch the movie Sausage Party! 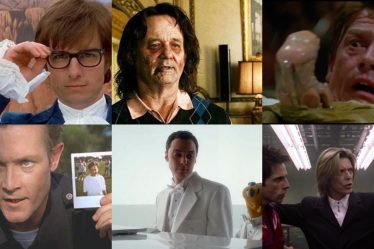